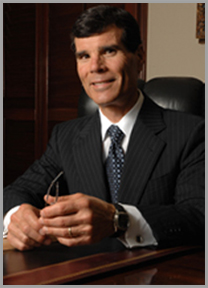 Attorney Ervin A. Gonzalez is board certified as a specialist in civil trial law (personal injury and wrongful death) and business litigation by The Florida Bar and The National Board of Trial Advocacy. He is a partner with the Coral Gables law firm Colson Hicks Eidson.

With more than 30 years of experience in civil and business litigation, Gonzalez has obtained 32 verdicts in excess of a million dollars – including a $65.1 million verdict in a wrongful death case and a $61 million award for medical malpractice – the highest award in a Federal Tort Claims Act Case. He has also settled numerous multi-million dollar cases, including a $100 million class action settlement (15,000 class members) against Menorah Gardens Cemeteries and its parent company Service Corporation International (SCI) – the largest funeral operator in the nation – for the desecration of graves. Many of his verdicts have been rated among the top verdicts nationwide and in Florida.

In 2009, Judge Carl Barbier of the Eastern District of Louisiana selected Gonzalez among 300 highly qualified applicants to sit on the Plaintiff Steering Committee in the multi-district litigation surrounding the Deepwater Horizon BP oil spill. He was one of 17 lawyers from around the country – and one of two Florida lawyers – selected to serve on the PSC and oversee plaintiff’s claims stemming from the spill. Gonzalez was additionally selected by Federal Judge Eldon Fallon to serve on the Plaintiff Steering Committee for the Chinese Drywall multi-district litigation, representing hundreds of homeowners who were victims of high-sulfur Chinese Drywall linked to odor and metal corrosion in new home construction. He was one of 15 lawyers selected. Gonzalez is also the co-lead counsel and liaison counsel for the Plaintiffs, representing about 400 homeowners, in the 11th Circuit, in and for Miami-Dade County, Florida. He was the first in the country to try a Chinese Drywall jury case resulting in a $2.4 million verdict. This verdict was instrumental in achieving a $55 million Florida class action settlement with Banner Supply Company and an $80 million class action settlement with insurance companies for many of the builders and installers of the toxic material.

Throughout his career, Gonzalez has held numerous leadership roles, including serving as governor of The Florida Bar, president of the Dade County Bar Association and president of the Dade County Trial Lawyers Association. He is also a former member of the National Board of Trustees of The National Institute of Trial Advocacy (NITA) and the American Board of Trial Advocates (ABOTA). He has written many articles on various aspects of litigation and teaches litigation and trial skills as an adjunct professor at the University of Miami School of Law, where he also graduated with honors (JD 1985). He is a frequent lecturer for the American Bar Association, Academy of Florida Trial Lawyers, The Florida Bar, The Dade County Trial Lawyers, among other organizations.

An AV rated trial attorney, Gonzalez is consistently recognized as a leader in his field and has received numerous honors and awards. He has had the distinction of being ranked as one of America’s leading lawyers by prestigious publications, including Best Lawyers in America, Chambers and Partners, Florida Trend Magazine, Florida Super Lawyers and South Florida Legal Guide. He was named one of the “Top 500 Litigators in the Nation” by Law Dragon and one of the 100 Most Influential Hispanics in the Nation by Hispanic Business Magazine.

Gonzalez is licensed to practice law in Florida, the District of Columbia, Texas, Colorado, and New York.

Mr. Gonzalez is an adjunct professor at the University of Miami School of Law for the trial skills litigation program. His published works include: